Some Case Law on the Use of Social Media 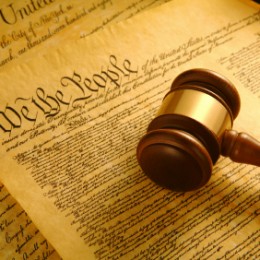 For this post I’m going to continue on with the social media theme. Let’s now take a look at some of the emerging case law in the U.S.

I recently did some research on case law that had been published at the International Association of Chiefs of Police (IACP) Social Media site. There were several cases cited that may be of interest to regular users of social media. I’ll summarize some of the key cases below:

In a Federal case tried in the U.S. District Court in the Southern District of Florida a prosecuting attorney by the name of Ranck wrote a memo on a police shooting where he identified possible problems with the investigation. He was later removed from the investigation. He then made a blog post that referenced the details that he had originally conveyed in the memo to his superiors. He was subsequently suspended for 30 days. The case was based on whether or not his First Amendment rights had been violated by the suspension since he made the blog post as a private citizen. The court ruled in favor of the employer. Here is a link to a summary of the case.

In this case a female pilot sued her employer for sexual harassment and a hostile working environment. Messages had been posted on a Crew Members Forum accessed by all pilots and hosted by Compuserve; however a link was provided to the Forum from the company’s management portal. The case went to the NJ State Supreme Court. The findings of the court appeared to come down to a jurisdictional issue as to venue, rather than the subject matter of the case. Here is a link to the Supreme Court decision.  The decision in the Appellate Court laid out the facts of the case more succinctly. Blakey v. Continental Airlines, Inc., 992 F.Supp. 731 (D.N.J.1998); Blakey v. Continental Airlines, Inc., 2 F.Supp.2d 598 (D.N.J.1998)

In this case an appellant who had been convicted of second degree murder as well as several other violent crimes had made threats to a girlfriend who subsequently made a post to her MySpace page. She documented the threatening behavior. The decision was based on whether or not the material was admissible in court with proper authentication. The State Appellate Court in Maryland ruled in favor of the lower court and allowed the evidence. A PDF of the decision is given here:

In this case a Lexington, KY police officer made the DUI arrest of singer John Michael Montgomery. The officer them made several derogatory posts on his MySpace page regarding the event and also posted a photograph of himself and the singer at the time of the arrest. The officer was later fired for misconduct. The Trial Court and the Court of Appeals both ruled in favor of the action of the police department. The summary is given here:

This was by no means an exhaustive search, but it did show a general trend. The trend is that the rulings by the courts have generally been in favor of prudent decision-making. It also shows that there is now precedence set on the use of information from social media sites as proper evidence in a legal case if proper authentication is presented. In each case it was shown that one of the parties was not in compliance with stated policy that had been communicated by the other party before the event in question.

The moral of this story is: really read those policies on your obligations when you join a company and when the management team sends you updates. It is good to know your obligations regarding your use of social media.